Long time readers of this blog in all of its various forms know that Brian Bannister is one of my all-time favorite people in sports. For a good while, I would do a Banny Log every time he pitched, reviewing his performance, discussing his theories about pitching and so on. It was fun. After a while, though, I stopped doing it. It was a conscious decision. I started to think I was putting too much pressure on the guy.

See, Banny’s quest to become a good big league pitcher speaks to my sentimental sports heart. Banny comes at hitters with a high-80s, low-90s fastball that has some cutting action on it. That’s his base pitch and like many league average pitches, it has its ups and downs depending on his command and where his fielders are positioned and how well the hitters are seeing the ball come out of his hand. Banny has tried to compliment that pitch with dozens of others, the most prominent of them being a four-seam fastball that he sometimes could ride up in the strike zone, a change-up that was intended to make hitters pound the ball into the ground (and often did have that effect), a curveball that Banny will tell you has never had great definition but could change the hitter’s perspective, a slider that had its up and downs and he finally gave up on, a cutter that was really like his fastball only slower, and so on and so on. Banny has been the great tinkerer, moving the numbers around on his own personal toy number slide, hoping to make them all go in order while working around that ever-present missing space. 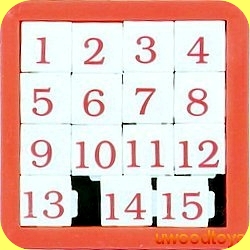 There has always seemed to me something literary about Banny’s quest, some huge overriding theme — man trying to overcome his own limitations, man reaching for something beyond his grasp, you know, that sort of thing. It’s like Moby Dick with a seventh-inning stretch. I appreciate that not everybody feels this way. There were those, for instance, who thought the Banny Log was (in the memorable words of one emailer) “a lot of words written about a kinda crappy pitcher.” But I never saw it that way. Well, yeah, it was often a lot of words. But Banny’s quest was, and is, endlessly fascinating to me. He tinkers and analyzes and studies and plots and creates and destroys and invents and experiments — a mad scientist in the lab — all because he desperately wants to pitch in the big leagues. It’s impossible for me to watch him pitch without thinking that he is what I would be if I had any baseball talent at all.

Well, sadly, the Banny story ends in Kansas City. Last week, the Royals outrighted Banny, and Banny refused to accept the Class AAA assignment, and you really couldn’t blame either side. The Royals are loaded with bottom of the rotation guys. They picked up two more potential fourth or fifth starters last week when they dealt David DeJesus to Oakland for Vin Mazzaro and minor-leaguer Justin Marks. They go along with Luke Hochevar and Kyle Davies and Sean O’Sullivan and possibly Bruce Chen, and the Royals are loaded with pitching prospects in the minor leagues, and it’s fair to say the bottom of the rotation is filled. It’s possible that one or two of these guys will emerge and become a No. 2 to compliment Zack Greinke at top of the rotation, but that’s a different question, and in the meanwhile the Royals really didn’t have room for Banny, an arbitration-eligible pitcher who made more than $2 million last year and who has been 23-40 with a 5.58 ERA the last three years.

On the other side, Banny is turning 30 and has to believe (HAS to believe) that if he can just stay healthy, if he can find the right situation, well, he can still help a big league club. The National League, where the lineups aren’t as stacked, where the pitcher hits (Banny is a good hitter), where there are some great pitcher’s parks, yes, the National League has to look like an oasis. So he will become a free agent and try to find that oasis (San Diego, you listening?). Like I say, you can’t blame either side.

The biggest knock inside baseball circles on Banny — other than the obvious knock that he doesn’t have a dominant pitch — has been his tinkering. There are quite a few players out there who understand and consider the advanced stats, but nobody did it as publicly or as intensely as Brian. He took a lot of bleep for it. Banny has a mathematical mind. He just thinks that way. So when he had a very good rookie season in 2007 — 12-9, 3.87 ERA, third in the rookie of the year voting — he came to believe that he had simply been dealt aces all year long. He believed he had been lucky. His strikeout total was very low (77 in 165 innings), he was a fly ball pitcher who somehow didn’t give up many home runs, and hitters had an unnatural .262 average on balls hit in play. Most pitchers would not have thought much about it. Banny thought about little else. His xFIP — what is basically his estimated ERA once you take fielding and luck out of the equation — was 5.04. He wondered if (hoped?) maybe his cutting fastball, which has a different action on it from most pitches, would allow him to keep his pitching luck and keep that batting average low. He thought about numerous changes he could make to his game. He worked on many, many adjustments.

And his next season was absolutely miserable. That happened to be the season I started writing Banny Log, and I wonder if him being on a stage — even a small stage like this blog — magnified his troubles and made things worse. Banny tried all sorts of things. He tried to strike out more batters (and did — his strikeout rate jumped from 4.2 to 5.6). He tried to get more people to hit the ball on the ground — to little effect. He got off to a good start, and even by mid-June he was a league average pitcher, maybe even a touch above. He was 7-6 with a 4.47 ERA. And then the roof caved in. He made 16 more starts the rest of the year, and the Royals won only five of them. His ERA was 7.29. One game against the Yankees, he lasted one inning and allowed 10 runs. He couldn’t get out of the fourth at Minnesota. He gave up home run after home run. It was hard to watch.

He looked at each problem analytically, which is his style, but to a lot of baseball insiders his study of xFIP and PitchFX and so on did not seem quite as charming when he was struggling (to be fair, many of them did not find it charming even when he was pitching well). “Thinks too much,” became his scouting report. And, I don’t know, maybe Brian does think too much. Maybe Crash Davis was right, maybe fear and arrogance really are the secret to the game, maybe Banny would have been better off sticking with the pitches that got him his good rookie year and not worrying about those advanced numbers. Of course, I don’t think so. I think his luck just turned. When you pitch without a dominant pitch, you are pitching on the edge. Banny’s xFIP in his miserable 2008 season was actually BETTER than his xFIP in his terrific rookie season.

Anyway, I felt bad for my friend … and I started to think that maybe I was making things worse for Brian by writing about his exploits game after game. And so I stopped writing Banny Log. Brian pitched very well his first 20 starts in 2009 — he was 10-10 with a 3.59 ERA for a lousy team, which I consider pitching very well — and then wore down and got hurt and struggled the rest of the way. He did not pitch as well in 2010, though like usual he was better in the first half (7-5, 4.50 ERA through his first 12 starts) then the second half (2-10, 8.73 ERA through his last 12 games). There was an injury or three in there too. It was time for a break-up, and the Royals and Brian Bannister broke up.

There’s no telling what happens next. In addition to everything else, Brian is the son of Floyd Bannister who in many ways as a pitcher was everything his son is not. Floyd was left-handed and ludicrously gifted. He was the first pick in the draft. He led the league in strikeouts in 1987, and led the league in strikeouts per nine innings two other seasons. He threw absurdly hard and won 134 big league games over a 2,388-inning career. I’ve always been fascinated by sons and daughters who go into their famous father’s business — Mike Brown running a football team like his father Paul, Frank Sinatra Jr. going on torch-song tours, Bruce Allen trying to put together an old football team like his father George once did.

Brian has wide interests — he loves photography, movie-making, statistics, he has the makings of being a fabulous television color commentator. But I know he wants a much longer baseball career. He will go to camp for somebody, and he will face the same challenges he has been facing his whole career. His stuff is still only so-so. His body and arm tend to wear down over a long season. And when he misses by just a little bit he tends to get hit hard — there’s not even the tiniest margin there. But he’s also beaten the odds time and again. When it comes to Brian Bannister, it’s probably not best to analyze. It’s probably just best to root for the guy.